Traffic figures for the month of December will be published on Tuesday 14 January 2020 prior to the opening of trading. 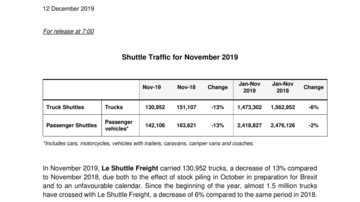