“Eurotunnel’s revenues have increased despite the migrant pressure which affects the Port of Calais and the Channel Tunnel. Eurotunnel appreciates the support of the British and French governments for this vital link for the European economy and the circulation of people.” 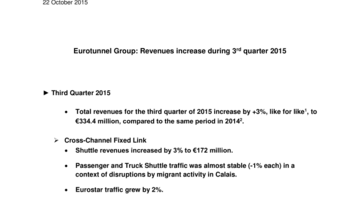