Total number of exercisable voting rights at 30 September 2015 and not including the shares for which voting rights have been suspended: 629,101,198. 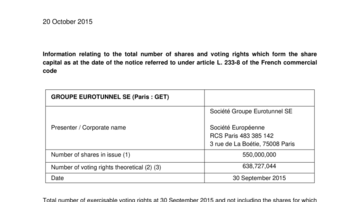