Total number of exercisable voting rights at 28 February 2017 and not including the shares for which voting rights have been suspended: 622,609,637. 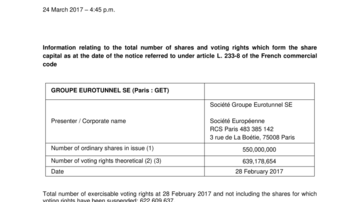