Information relating to the total number of shares and voting rights which form the share capital as at the date of the notice referred to under article L. 233-8 of the French commercial code.

Total number of exercisable voting rights at 30 September 2018 and not including the shares for which voting rights have been suspended: 623,753,824. 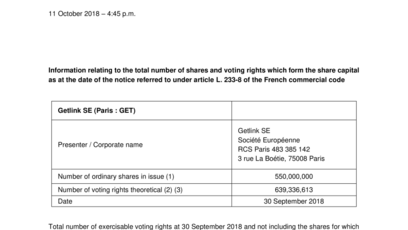